After a little less than 40 hours total instrument time (Cone of Stupidity, the Elite simulator, and actual), I now feel reasonably confident that I can cope with flying IFR in the system without becoming unstuck in IMC or anything like that, and that I could probably fly most conventional approaches fairly safely (if not with great accuracy yet). But I also feel reasonably sure that I need a fair bit more practice to get to full PTS standards for the checkride. I don't think I'm that far off under most circumstances, but the real problem seems to be the occasional reversion to bad behaviour under stress (the whole (Dis)Grace Under Pressure thing) and a few bad habits I sometimes forget to surpress. I still seem to fall prey to backsliding, when the Death Grip takes over, or I obsess about radio calls or altitude holding at the expense of the bigger picture. This is basically just practice, practice, practice, I guess. Plus actually listening to John when he keeps pointing all this out :-). 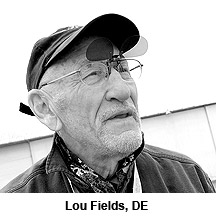 And unfortunately for the Diary reader here, I just haven't had any real major stumbling blocks or intellectual crises yet -- no disorientation or major control problems under the hood or in actual, no problems understanding the different models underlying each approach type, few real problems with things like estimating vertical speed on the fly or intercept headings, etc. No bizarre halucinations while surrounded on all sides by fluffy white clouds. Etc. That is, nothing that would spice up the diary a bit :-). Sorry about that. Maybe things will improve when we get to the checkride, which looms large on my own personal Fear Factor scale.

And so when will the checkride be? I don't know. Too much hinges on what happens with my contract work between now and November 1, when I'm leaving for three weeks in Australia. I may simply not have the time to fly much between now and then, in which case I'll have to resume it all in December, which would be a shame. But there's some chance I may be able to feel ready enough to get Lou (Fields) to do the checkride as DE by the end of October. But I'd hate to fail the bloody thing because I rushed it...
Posted by Hamish at 9/26/2004 04:18:00 PM
Email ThisBlogThis!Share to TwitterShare to FacebookShare to Pinterest