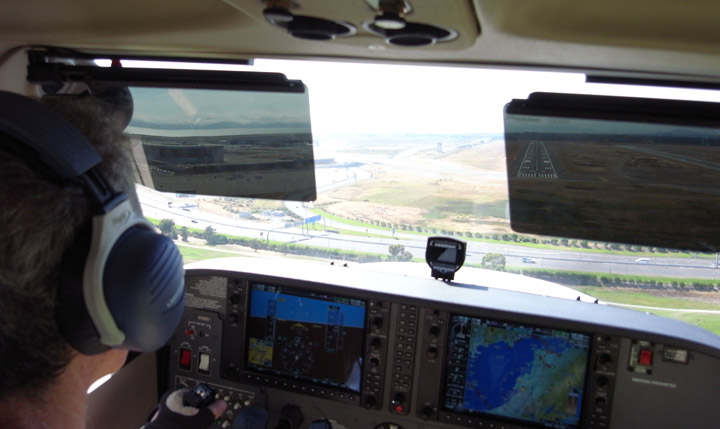 I was roughly nine or ten when I first flew in the front seat of an aeroplane (it was Australia, so it was spelt that way), a Cherokee piloted by a friend of my father's. We flew out of Belmont airport (usually known as Aeropelican by the locals in those days), and I spent about half the flight in the right seat propped up on top of a cushion manipulating the yoke as we flew down and around my then home-town of Woy Woy and back around the lower Hunter Valley. I loved it, but then my parents and my father's friend knew I would. 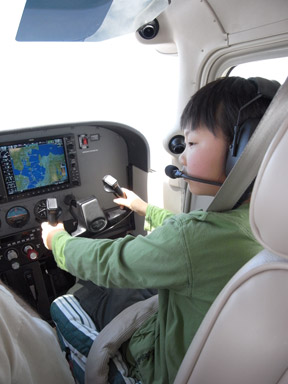 So when Stephen, a long-time friend of mine from Australia, and his seven-year-old kid Dan visited me for the day we just had to go flying. I wasn't sure, but I sort of suspected Dan would enjoy it a lot, and if nothing else, Stephen would get to see a lot of the Bay Area from a perspective most people never get to see it from. I'd informally planned the flight a week or so in advance as an extended Bay Tour, but unfortunately the weather didn't quite cooperate, and rather than circling the Golden Gate, Alcatraz, and the City, and doing the 101 transition south (east) to Palo Alto, we had to step over a coastal stratus layer and concentrate on Napa (KAPC), the Delta, Mount Diablo, the Diablo Valley (landing at Livermore, KLVK), and just generally pottering around VFR under the benign oversight of various bits of NorCal approach and sundry towers. Dan, of course, spent about half the flight in the right seat, propped up on a couple of cushions, flying the plane along with me or on his own. Cool!

As far as I can tell they both enjoyed it; Dan said several times later that he really wanted to fly again and (maybe) be a pilot. Stephen — who has a lot of experience being flown around in GA planes taking photos over Sydney — while probably not wanting to be a pilot quite as much as me or Dan, at least got to see the sights from an unusual perspective. All in all, a lot of fun, and a really welcome break from the rush of the rest of my life at the moment.

Oh, and since Stephen's also a photographer, there's some great snapshots from the flight done with his little point-and-shoot; here's a tiny handful from the back seat…. 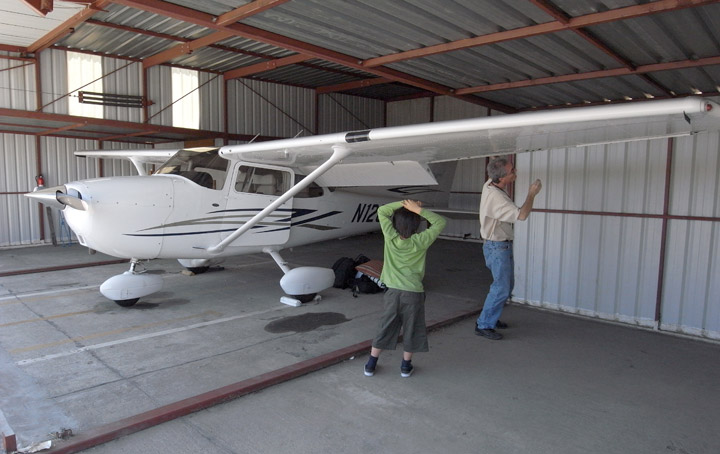 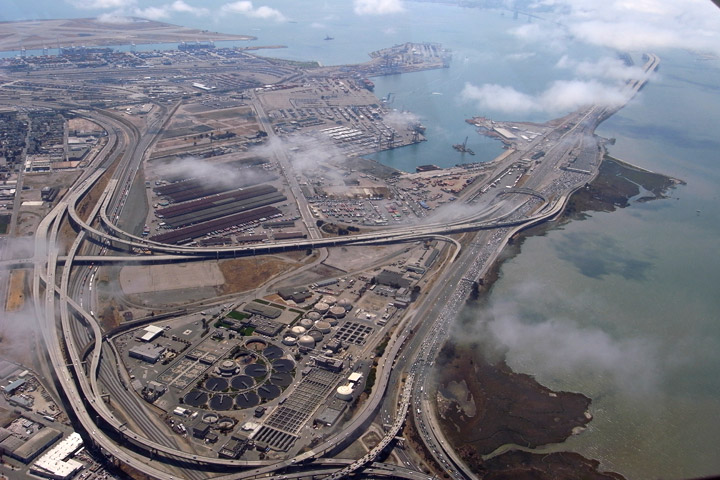 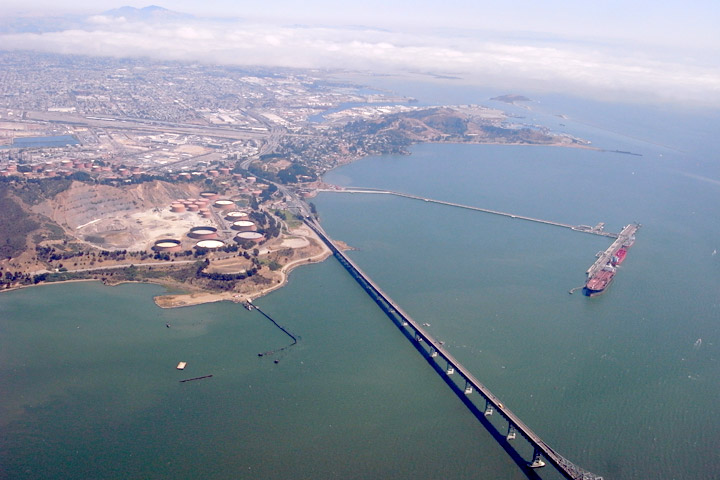 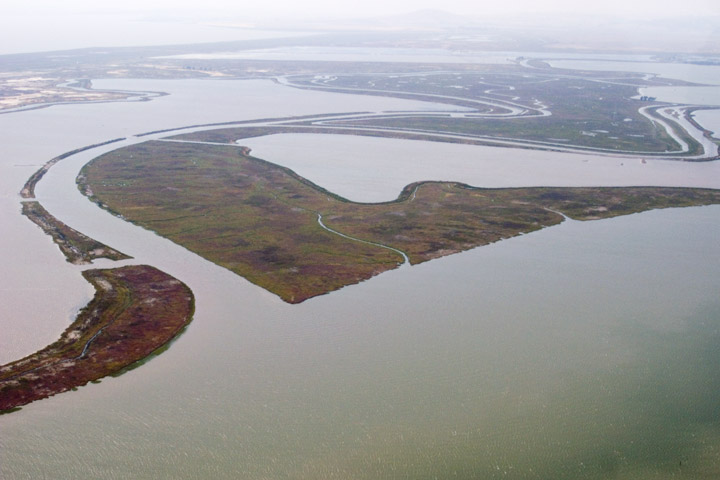 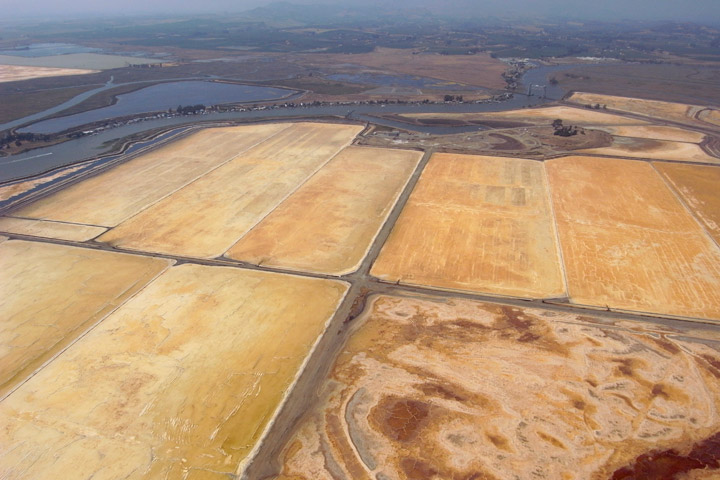 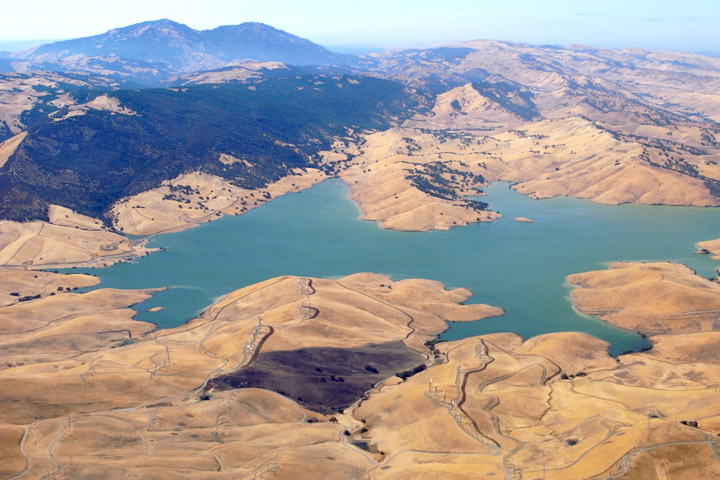 Posted by Hamish at 8/17/2008 09:01:00 AM
Email ThisBlogThis!Share to TwitterShare to FacebookShare to Pinterest

Finally got round to showing this post to Tracey and Dan.
We wanted to put it on the record that we had a fantastic time. Often Dan will get bored talking about things we've done that we still think are pretty cool but he has become blase about.
But he is always happy to recount the whole experience (in slightly muddled detail) to anyone who shows the slightest polite curiosity.
The highlight of every rendition is of course being allowed to take the yoke and ACTUALLY FLY THE PLANE!
So thanks again and next time we'll hope for clearer conditions so we can do the Bridge and all that stuff. And maybe we can drag Tracey up but that's a long shot.

Stephen — thanks for the comments! Glad y'all liked the flight (I certainly enjoyed it a lot); can't imagine Tracey wanting to try it, but that's a project for the future :-).