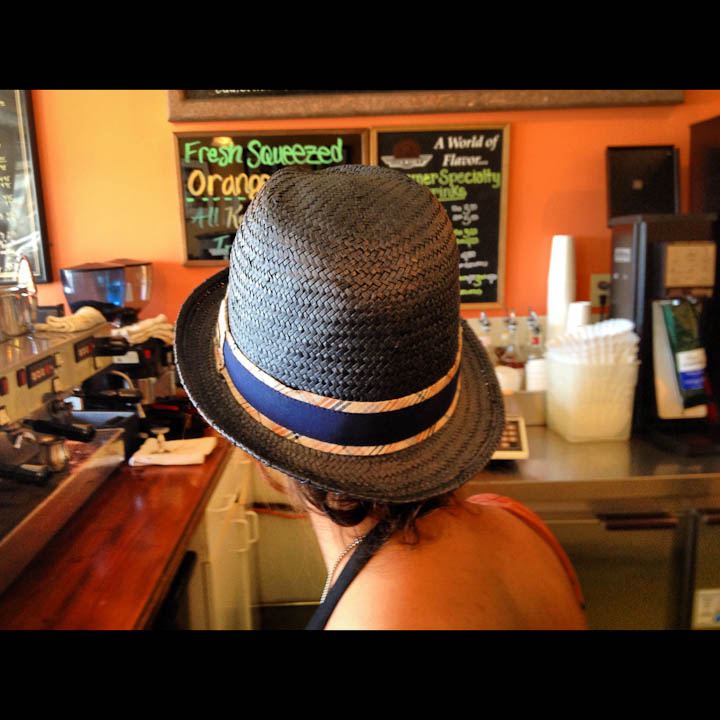 As we circle Alcatraz in the gathering dusk at 2,500', we hear the Northern California Approach controller ask yet another small GA plane whether they knew there was a TFR over AT&T Park… and that they were about to blunder into it. This has been happening all evening — NorCal even asked us, even though we were miles away, whether we knew about it; we didn't (it wasn't NOTAM'd anywhere — I think you're just supposed to infer these things from the stream of orange-shirted Giants fans on BART or something), but I always steer clear of stadiums like that anyway (I just assume there's a TFR over them), and we'll never get within three nautical miles of it this flight in any case.

And what does "TFR" stand for, Dominga asks? I suppress the urge to tell her the very familiar Australian phrase it stands for — a phrase that'd be entirely appropriate right now given the number of pilots seemingly asking whether they've just crossed into the TFR — and explain it's about temporary flight restrictions, and that we just have to ensure we don't get close to AT&T park. Which is fine — we're heading off towards the Golden Gate now, and there's no way in hell I'll end up in that TFR.

And so it goes (no, this wasn't leading up to yet another "how I blundered into a TFR" story): in something of a reprise of a previous flight, I'm up over the Bay on a VFR Bay Tour with Dominga and James, a couple of friends associated with a local coffee shop I go to a lot (as does John, occasionally, come to think of it). And it's a great day for it: few clouds, warm stable air, and the Bay coming alive in the evening light. Woohoo! Dominga takes this moment of elation to tell me this is something of a test for her — she has a serious fear of heights. Oh well, I think — now she tells me… but except for some nervousness when James or I turn too steeply, she takes it all in her stride, and in the usual sign of a successful flight for me, no one starts screaming "we're all going to die!!!". In fact, as far as I can tell, both Dominga and James enjoy the flight a lot (I've been asked to do it again).

We potter on above the Bay, giving Dominga a chance to fly a little, then head off towards Napa, where we land and let James swap with Dominga into the front seat. Napa's dead — I'm not sure if that was a zombie we saw shuffling very slowly towards the FBO or what, but there didn't seem to be any humans around except in the tower — and we depart quickly back towards Oakland via Concord and the Diablo Valley. James gets the hang of flying very quickly (I get the impression he's been in small planes as a student a long time ago but not since), and if it weren't for the gathering stratus coming in over the hills, we'd have stayed out longer.

The stratus doesn't seem to cover Oakland itself (at least according to ATIS), but it's hugging the hills around Hayward enough for me to ponder getting a clearance back in. But as we approach the clouds, I firewall the throttle and climb over the layer, hoping it'll disperse in time for the descent into Oakland. And so it does, but only just — I'm on the verge of asking for a clearance the entire way in to somewhere abeam Hayward Airport (KHWD), when the layer clears suddenly and things are clear VFR again.

We land in the late evening darkness, the video game effect taking over on final, and once again I land back at Oakland. Mission accomplished: a very pleasant VFR Bay Tour with friends who actually enjoy flying. Well, mostly: Dominga's still afraid of heights.

Some photos from Dominga's iPhone: 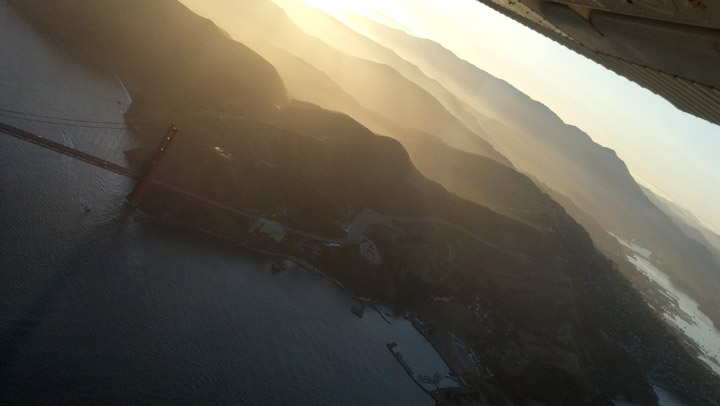 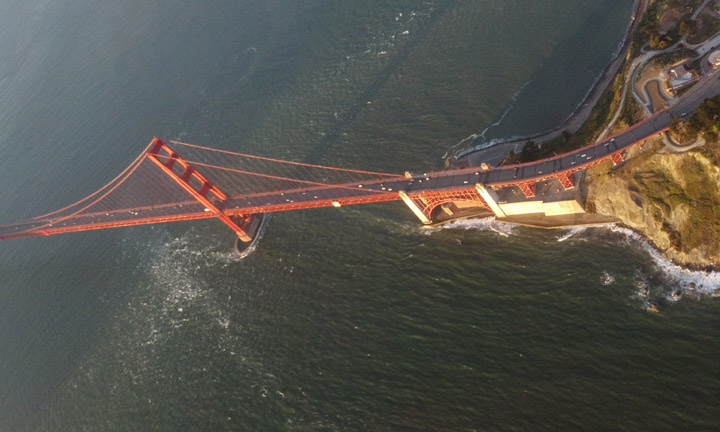 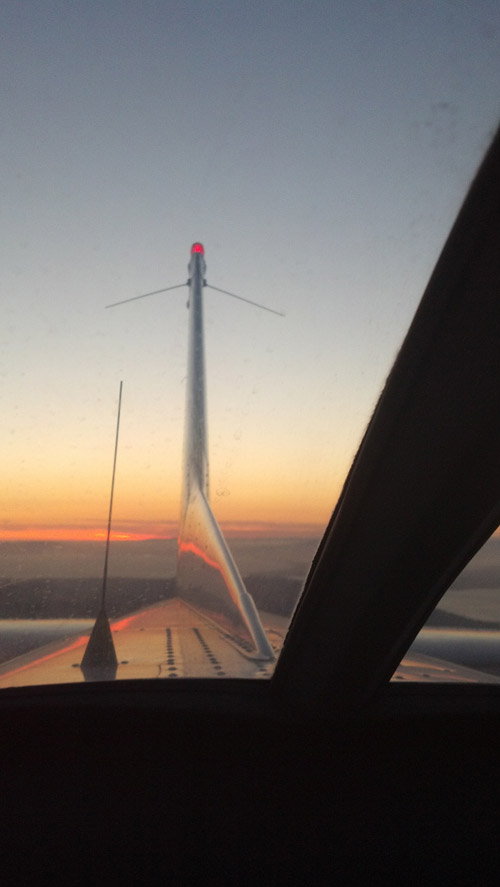 Just as I'm turning to a new heading for the vector NorCal Approach has given us for the Livermore KLVK ILS 25R approach, the 172's autopilot gives up the ghost with a distinct lack of drama. Just a little blink, the usual autopilot disconnect sound, and then a blank panel display. Dammit, I think, this flight is supposed to be at least as much about keeping on top of the G1000 and autopilot combination while under the hood as anything else, and now half of it's lost its tiny mind and isn't quite all there…. John's sitting in the right seat as safety pilot and without missing a beat says "just hand fly it". Well, he would say that, wouldn't he? Well, I would have said the same thing if I wasn't under the Cone Of Stupidity and thinking at the speed of molasses, and if my engineer brain wouldn't keep trying to debug things like this on the fly, but I know the deal, and we plod off towards the approach under my control in the cool clear darkness of the Bay Area night.

Predictably, closer in to the runway my flying gets agricultural (as we would say where I come from), and while I don't break PTS standards, neither do I set any records for accuracy and stability. I over-control the whole way down, and decide to look up 100' above the decision altitude before I make total hash of the approach. I salvage things a little bit (and over the next few landings) by absolutely nailing the landing, but still, I feel mortified — I usually do better than that on hand-flown approaches, and it's not like it's a difficult approach or the weather's getting in the way or anything. The only other saving grace is that — so far, at least — my radio work's not terrible: it's usually the first thing that goes to pieces after a long break from flying.

We do a bunch of stop-and-goes in the darkness at Livermore, then depart VFR back to Oakland (KOAK), but we already know we'll need a real IFR clearance to get home due to the coastal stratus layer that's moved in over the inner Bay area, and we gird ourselves for a stretch of ad hoc holding or circling out here in the clear skies above the Diablo Valley before we're allowed home. It doesn't sound promising when I call NorCal and ask for a clearance back from over Dublin (the one in Northern California, not the one I used to visit occasionally for my job when I lived in London…) — the controller effectively asks if we're OK with at least a ten minute delay in getting the clearance. I reply with a resigned "affirmative", but almost as soon as I've loaded the G1000 for the RNAV Y 27L approach back to Oakland, we're given a heading that looks suspiciously like a vector towards the approach just outside JUPAP, the initial fix. Sure enough, a few nautical miles closer in we're cleared for the approach, with a request for best forward speed (we're already doing that, but it's the thought that counts, I guess). I hand fly down towards the stratus layer, and in a few minutes, after a small amount of actual IMC and yet another smooth landing, we're on the ground. It's deserted down here, and we taxi off towards Landmark, unable to raise them on Unicom for fuel. At least I flew this approach with some sort of accuracy and stability, and it's all starting to come back to me. And as we wander in to Landmark to find out why they're not talking to us (we never find out in this case, but the Landmark staff are as pleasant and friendly to us as they always are), I feel pleased that I'm current again: IFR-current, night / day landing-current, and club-current. Every little bit helps….

This was supposed to be a simple short club- and landings-currency VFR flight caused by my having started a new job and losing the flying thread for way too many weeks, but the coastal stratus closed in on us earlier than predicted, and by the time we were at the airport preflighting the plane, it was obvious we'd need to depart and return IFR, even though (as usual) it was clear less than ten nautical miles to the east and / or 2,000' above us all the way east to (I'd guess) Nevada. I wasn't too upset — if I could get two approaches in I'd extend my IFR currency enough to be useful, and if John was up for a longer flight (we weren't going to depart much before 9PM), I was keen. And so it went — the only other interesting thing about the flight being that it was the first time I was using my new iPad with Foreflight for serious in-plane navigation. It's not like I haven't used John's iPad before (YAFB passim), and I'm an early Foreflight booster, so it's all fairly familiar, but actually doing it on-the-fly (as it were) while under the hood and on a real clearance is novel, and I occasionally have to ask John for advice on the best way to do things. On the other hand, I can't imagine flying IFR or even VFR in the future without the iPad (or something similar); I think the only really irritating thing was being unable to get the clearance down on the iPad — I had to scrawl it down with my left hand on my real (paper) pad. Yes, I'm vaguely ambidextrous, but still, I'll have to get a better way of copying the clearance on my iPad only. The other thing I need to get set up is the Foreflight checklist app, but that was just me being too busy over the last few weeks to get that together. Maybe next week (there's always next week).

The other thing that got our attention was a small underwing-engined RJ of some sort in Finnair livery parked at Landmark. As we taxi past we wonder what it is; I can't help noting mordantly that it looks a bit like the pictures I've seen of the Sukhoi that crashed in Indonesia last week, but Finnair (to my knowledge, at least) doesn't have Sukhois, and neither of us is sure what it really is. Later, I look it up on Wikipedia — it's an Embraer E-190, but what it's doing here in Oakland I don't know. I'm surely one of the tiny handful of Oaklanders who's not only actually flown Finnair, but who's been to Finland, so it doesn't seem likely they're scouting out a new Oakland direct Helsinki flight or have suddenly decided that Oakland's their new US hub, and it's unlikely to be a sports team charter (which usually accounts for some of the larger jets parked in front of Landmark). Just one of those Oakland mysteries, I guess.

Last Sunday (the 12th) I dragged my two young nephews (3 and 5) along with me to the 2012 Hayward Airport (KHWD) Open House just down the road from Oakland, a sunny, good-natured event attended by a lot of locals, an event I enjoyed a lot.

Although they only lasted about an hour, Alex and Simon really enjoyed clambering over and around the Coast Guard helicopter, watching the B17 taxiing and flying around, "driving" the fire engine, playing around the Grumman Albatross, waving at the P51 as it did repeated flyby's, and just generally wandering around looking at the planes (long-term readers will know that the older one's already flown with me in a 172 out of Oakland). The two Tuskegee Airmen I talked to at the TA stall were great too — hope I'm that sharp and drily funny when I'm their age...

A few random snaps from the day: 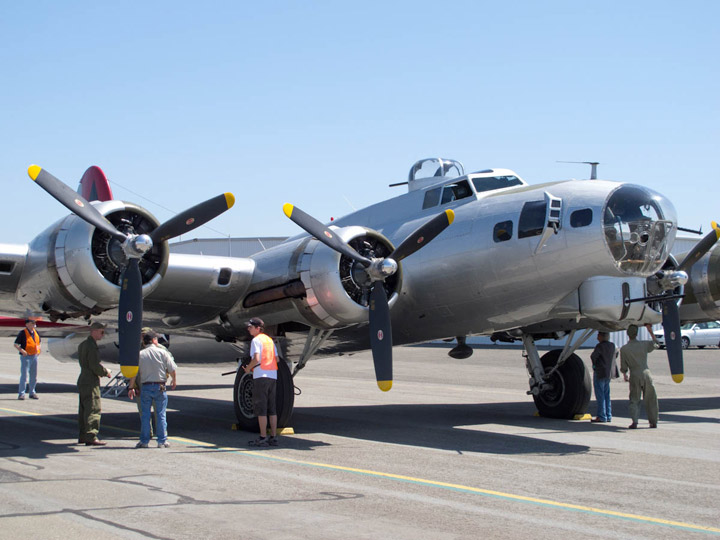 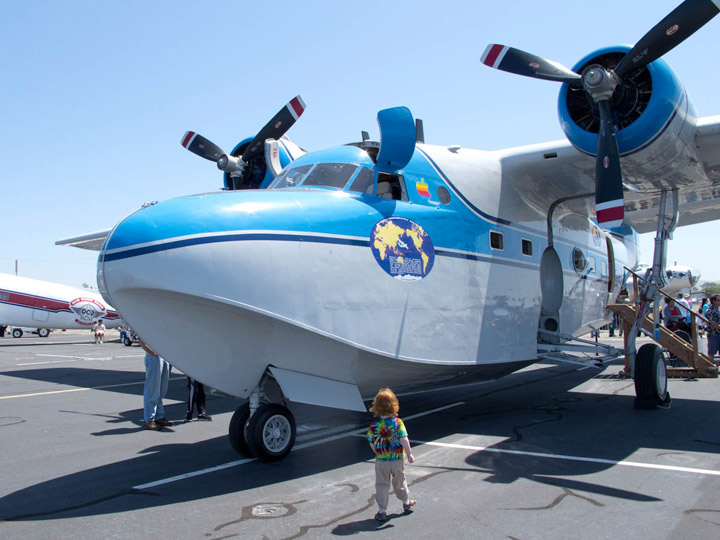 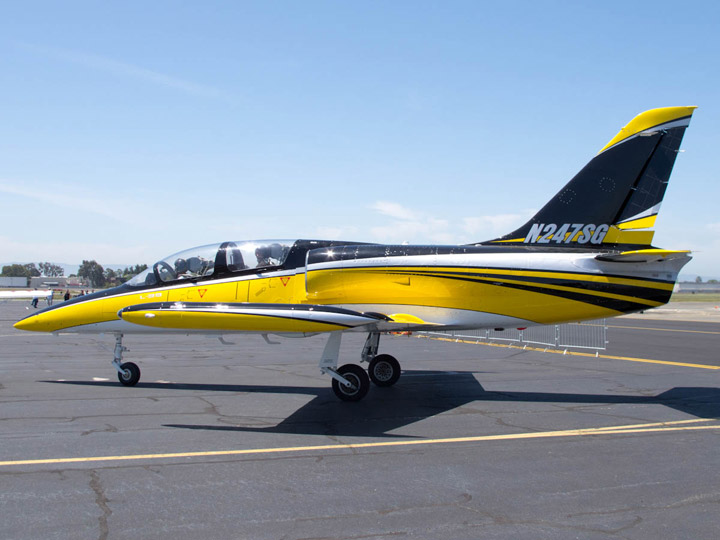 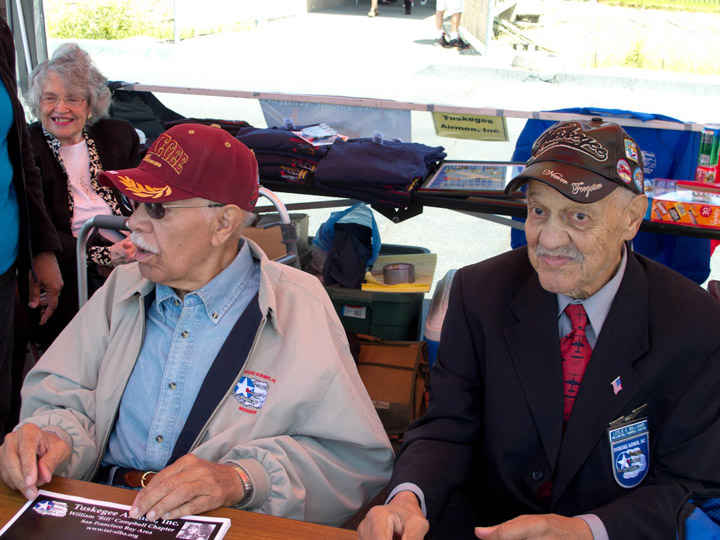