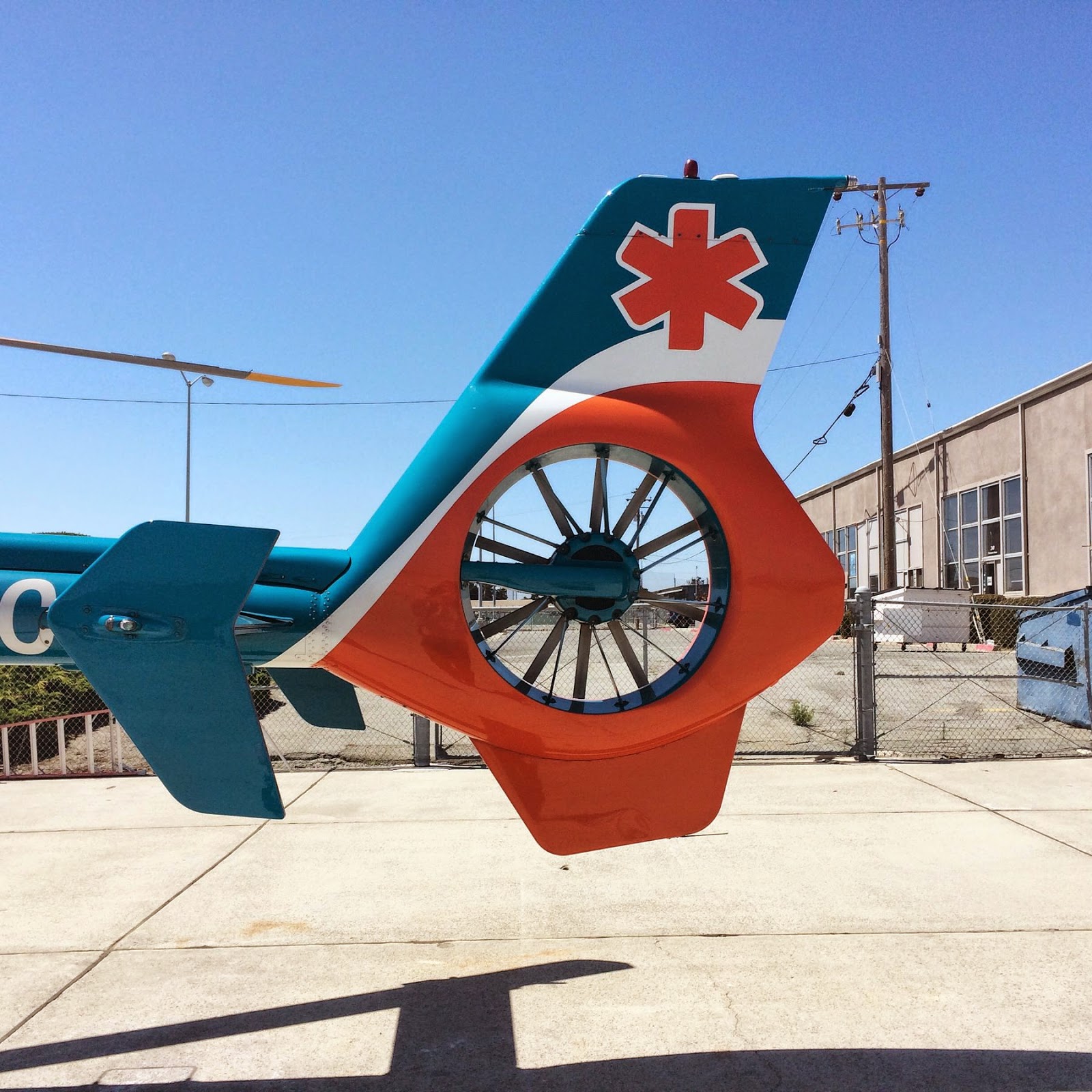 At 5,500' over Interstate 5 in the Central Valley, the outside air temperature (OAT) is reading 25C. That means it's hot down there (especially for Bay Area coastal types like me for whom a summer temperature above 20C is unexpectedly warm). The hills to our right as we fly south in the CalAir DA-40 are covered with that beautiful shimmering golden-brown that envelopes California in the dry season; the sky's California Blue, with a few high cirrus here and there. Mesmerizing.

J.'s sitting in the right seat, looking out at California passing below us. Suddenly she says "Mercy Hot Springs is around here somewhere, isn't it?!" It is —in fact it's maybe thirty nautical miles away if we head slightly to our right across those golden hills and keep going (a little local knowledge goes a long way here — I've driven past Mercy Hot Springs (a.k.a. "Mercey Hot Springs") a bunch of times on photo trips along the West Side, and I can easily recognize the hills and roads from the air). I ask J. if she wants to see it from above — "of course!". It turns out that it's one of her favourite hot springs (there's a lot of hot springs in California), and of course she's interested in seeing what it looks like from a few thousand feet up.

So we head off cross country, and maybe fifteen minutes later we're over the springs, a tiny set of green trees, brown buildings, and a grey parking lot just off the country two-lane blacktop that goes past it on towards Panoche. She looks down, totally absorbed, then says wow, I didn't realize how isolated it is — seeing it from up here makes it look like it's in the middle of nowhere. Well, Mercy Hot Springs is in the middle of nowhere — that's why people go there — but she's right, there's really nothing around it except for parched golden hills. It's beautiful, enticingly isolated; I could be persuaded to go there sometime myself. There's even a narrow dirt strip there, but I doubt that I'd be allowed to land the DA-40 there even if I wanted to (see this article for someone who has landed there). Maybe when I'm rich and famous and own my own nice little Husky… (ha!).

After a slow fly-by a few thousand feet AGL, I ask where she wants to go now? I don't know, she says, I just enjoy watching it all from up here. So I turn west towards Salinas (KSNS), and climb to get over the mountains between here and there. We're kind of making this up as we go along, which isn't my usual style, but it's a good day for it, and it's familiar territory, both from the ground and from up here.

This was supposed to be a flight up the coast to Shelter Cove (0Q5), but (as so often with a  California summer), the weather didn't cooperate, and there's a shallow stratus (fog) layer all the way north of about Point Reyes, meaning both Shelter Cove and Mendocino (Little River, KLLR) are IFR. Plan B was Monterey (KMRY), but if Mendocino's fogged in, it's likely Monterey is too — and, of course, it is. So I suggest we fly to Salinas the long way (via the Central Valley) and if Monterey is clear by the time we get there, great; if not, well, we'll go somewhere (or do something) else. Maybe we'll be able to fly back up the coast; maybe not.

Salinas airport is — as always nowadays, as far as I can tell — quiet. We call up Salinas tower from some distance to the east, and make a long straight-in to runway 26; there's one other plane on frequency. We taxi to the terminal, park, and wander in. It's actually cool and sunny down here: 21C OAT, presumably from the marine layer coming in from Monterey and the coast a few miles away. Very, very pleasant. We retrieve the lunch cooler and water from the plane, and sit outside in the shade at the picnic table in front of the rather classic little old GA terminal. It's a leisurely lunch — the three-hundred dollar hamburger, except we're Californian, so it's a lot of salad and healthy stuff rather than a hamburger (we did bring along enough chocolate to keep me from complaining; but I forgot to bring any coffee, though, which was a major mistake). I was sneakily hoping the restaurant at the airport would be open, but it's closed on Sundays, so no coffee (or hamburgers) there. At least there is still a restaurant at the airport — for some time there wasn't really anything open at all, if I remember correctly.

We get to see a few helicopters and one or two planes arrive or depart; probably more than I expected, but it's a holiday weekend, I guess. There's briefly one other person in the terminal, but he disappears quickly. At one point a Citation lands on runway 31, then taxis slowly back towards runway 26, stops for a while with its engines still running on one of the taxiways, then departs on 26 to wherever it's going. Not the usual behaviour for a Citation, but whatever. Perhaps Monterey was full.

After lunch we stroll around the apron taking photos of the Calstar Eurocopter (that's its fenestron above) and a small old bubble-canopied ag helicopter with a massive spraying attachment. A reminder that Salinas is agricultural, for sure. We get back in to the DA-40, and a few minutes later we're on our way back to Hayward (KHWD). We can see that the coast north of about Santa Cruz is foggy, so we go back the long way, out over Hollister and back into the Central Valley. Those hills and mountains are way more attractive than going the short way up over San Jose, and we've got the plane for another couple of hours. This time, on contacting Hayward tower, we get "Report Cal State" and I can't make fun of the FAA for referencing a non-existent landmark any more. Oh well — the little things really matter in flying.

Back in Hayward it's cool and pleasant. We've logged just under 3 hours (Hobbs), and we take on about 20 gallons of fuel after landing. Not bad.