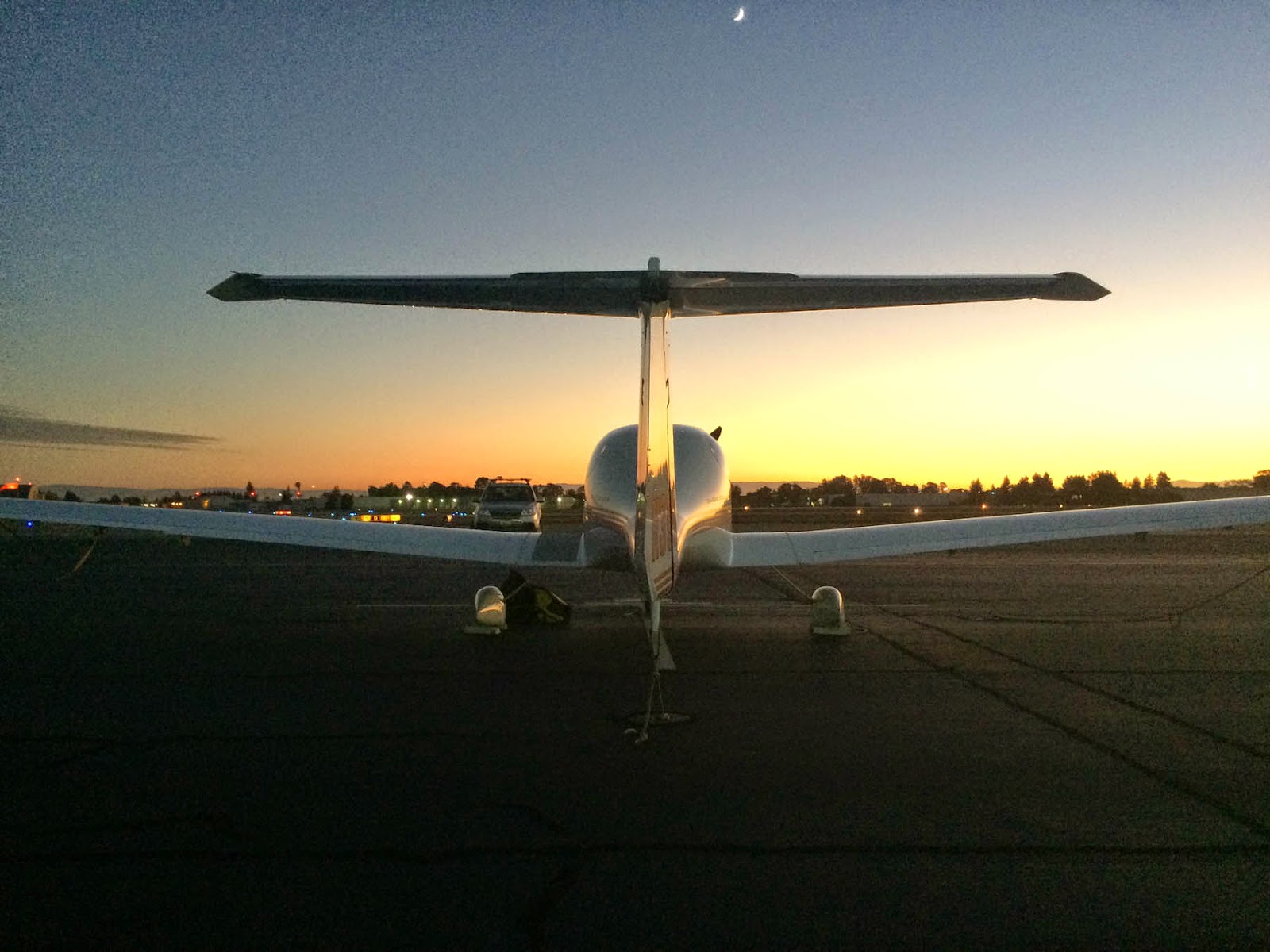 I carefully clear the airspace and start a steep(ish) 360 in the night sky somewhere west of Concord (KCCR) at 4,500', and one quadrant of the cockpit canopy fills with the lights on the ground. It's a great sight, and around we go. After rolling out on the 360 mark I hand JT the controls again, and tell her to try it herself this time. And so she does — she steers us around in her own 360, much shallower than mine, but pretty damn good for someone who's never been in a small GA plane before. She's already spent the past ten minutes flying us here from a few miles out of Livermore (KLVK) under my supervision, and she's kept us right-side-up and pretty much within a hundred feet of the target altitude all that time. I'm impressed; and she seems to be enjoying it a lot. As always with newcomers to small-plane GA flying, I'm really most relieved that she's not screaming "we're all going to die!!" or something while curled up on the floor. No one's ever done that yet, but that possibility is something I always keep in mind when I size someone up before taking them flying. I guess we've both passed this test.

JT's yet another acquaintance of mine willing to brave a flight with me, and here she is, climbing into the club's DA-40 with me on a cool October evening for a night VFR flight to Livermore for a bit of landing practice (my landings, that is, not JT's...) and then up to San Pablo Bay and back down the line of the hills to Hayward. I'd originally planned this flight for yesterday evening, and on my own, but someone (I know who you are!! :-)) forgot to leave the DA-40's keys and paperwork in the after-hours dropbox and I couldn't fly. And then on a moment's notice it turns out that JT would like to come along, and since these sorts of flights are always much more enjoyable with someone who actually likes flying coming along with you, I jumped at the chance, and rebooked for this evening. And so here we are….

After the impromptu 360's we fly on up and out over a dark-looking San Pablo Bay and back down over Richmond, Berkeley, and Oakland to Hayward (KHWD), where we land in that video game way I love with night flying. It's a beautiful clear night, and the traffic is minimal, and (once again) it's a reminder of why I keep flying. 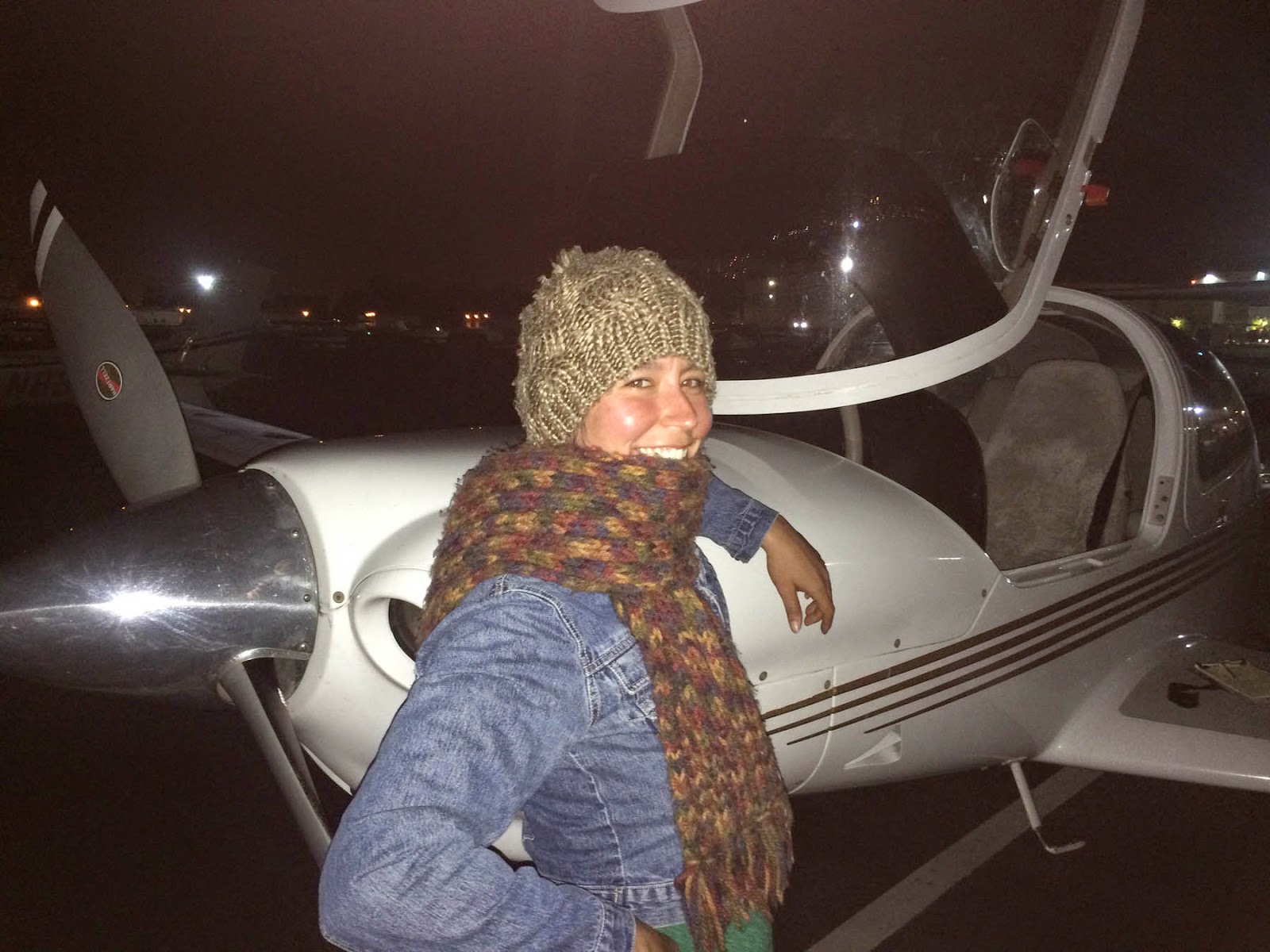